What Services Do Bricklayers Offer?

Bricklaying is a specialist job that takes several years to become truly proficient at. Most skilled bricklayers will have spent several years working as an apprentice before they start to undertake work in their own right. Most bricklayers are trained on-site with some classroom work that is required to qualify, too. After qualification, what are the main services that bricklayers can provide?

To begin with, bricklayers are to be found on nearly every construction site around the world. Even if the walls of a building are being formed from another sort of material, such as precast concrete, then it is still highly likely that some brickwork will still be required somewhere. Therefore, bricklaying service providers are usually hired by general contracting firms to construct walls or parts of them. Many modern homes have their primary load-bearing walls constructed entirely from bricks because they are extremely durable under compression. Bricklayers are also to be found working on the home improvement projects such as providing the main structural elements for house extensions.

In addition to the construction of new buildings, many bricklaying companies will also construct patios. As well as the common paving slab, many patios and terraces in Australia are now constructed from common bricks. This will involve laying the bricks on that side rather than stacking them up on top of one another. The big advantage of constructing a patio from bricks is that a skilled layer will be able to form pleasant curves to make a less formal looking area of hard landscaping. Of course, where retaining walls are required to make a flat terrace, bricklayers are the ideal choice since this is also work they can carry out with ease.

Bricklayers are frequently involved with renovation works, too. This may be because part of a wall has been knocked down in order to accommodate an addition, such as new beams or windows. Furthermore, older properties with sections of brickwork that are ageing will often need to be repointed. This is a repair job that will involve chipping out the mortar the bricks are fixed to one another and subsequently relaying them. Typically, chimney stacks that are made from bricks will need to be repointed after a few decades because they are so exposed to the elements. Doing so will help to prevent water ingress and even the bricks falling away in the very worst cases. 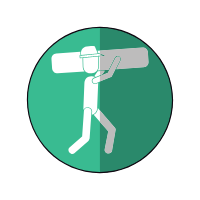 General contractors can be super useful if you wish to carry out work on your property. This blog will look at the range of services on offer from general contractors. The articles will explore services such as garden planting, landscape irrigation, residential roofing, concrete repairs and much more. We aren't professionals and we do not work in the general contracting industry. However, we want to share our knowledge and passion for this subject with others. We often read articles online or what YouTube videos which provide us with a fantastic insight into the industry. Check back soon for more updates!